In my last blog, I shared the importance of knowing Jesus’ identity, quoting His well-known question, “Who do you say that I am?” I ended by saying that it’s only in knowing His true identity that we gain our true identity. So, this time I’m going to focus on our identity in Jesus.

It seems like it’s never been more appropriate to talk about identity. If we look around, it’s clear that we are living in a world that has a full-blown identity crisis – both outside of the church and within it! People don’t know who they are as individuals. They do not know where they belong or if they belong. Some do not even know if they are male or female. Even little children are being encouraged to question their God-given gender. It’s an absolute crisis of identity!

I believe this is because the devil is working hard to destroy our identities. Why? The reason is two-fold:

2. Because each of us carries seeds of potential within us – potential to bless, to create, to know God, to lead others to God, and to produce more human beings with the same potential.

Can you see why the devil wants to destroy our identity? He doesn’t want us to know the power that lies within us simply because we are made in God’s image and carry His potential. The devil wants to keep us down, depressed, discouraged and defeated. And do you want to know the way he does it? It’s through LIES (and lies brings deception about our identity).

Jesus said, “He [the devil] was a murderer from the beginning, and does not stand in the truth because there is no truth in him. Whenever he speaks a lie, he speaks from his own nature, for he is a liar and the father of lies.”

The only way to combat lies is with TRUTH (see John 8:31-32). And the truth of our identity is found in knowing Jesus and who we are in Him, which takes us right back to knowing His identity. If we know Him to be our creator, for example, then we’ll also know that we are His creation, made in His image. And if we know Him as our champion, then we’ll also know that we are more than conquerors through Him who loves us (Romans 8:37).

When we know Him, we truly do gain our own identities. After Peter made his great confession, “You are the Christ, the Son of the living God,” Jesus showed Peter his true identity, “And I also say to you that you are Peter.” He was no longer Simon (his old identity) but Peter (his new identity). Maybe you’ve never noticed that before – I only noticed it recently. Why not take a few minutes to read Matthew 16:13-20 and soak it in?

Remember, you, dear friend, are a reflection of God’s glory! 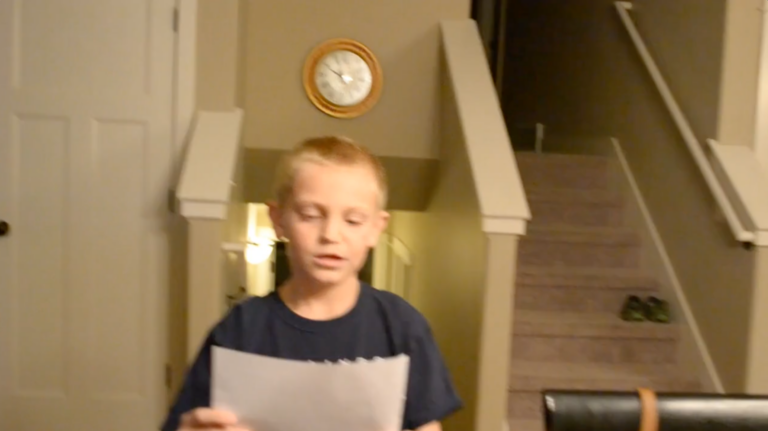